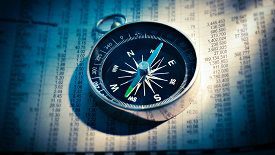 After falling in the first quarter to the lowest level since 2014, staffing employment came roaring back in the second quarter that ended June 30, adding almost 200,000 new temporary and contract workers to the US economy.

The numbers from the Labor Department released July 2 bear out the trend first seen in the weekly Staffing Index produced by the American Staffing Association. The Index, which tracks weekly changes in temporary and contract employment, began declining in early March as COVID-19 cases began rising. With businesses shutting down, idling millions of workers, the Index fell to a historic low.

But with the May 3rd Index update, the first signs of improvement began to show. Slowly , and, now more rapidly as businesses reopen, the Index is trending up.

Between May and June, the Index gained almost 9 percentage points. Meanwhile, all staffing agencies, including we here at Green Key Resources, added a total of 148,900 jobs during June. For the quarter, staffing agencies added 195,800 new contract and temporary jobs.

“The economy is not out of the woods yet. But the overall numbers are certainly encouraging,” says Green Key Resources Managing Partner Andrew Chayut.

“Temp and contract positions are a leading economic indicator,” he explained. “As businesses begin growing, they first bring on temporary workers. That’s what we’re seeing and it’s definitely a positive development.”

While the recovery is fragile, tied as it is to the spread of the coronavirus and government efforts to stop it, other economic indicators are all improving.

The Employment Trends Index from the non-profit business research group The Conference Board, was up by 8.3% in June. Hiring by staffing employment agencies was one of the two strongest contributors to the ETI, which is a composite of 8 labor market indicators.

The Conference Board’s other, closely watched economic indicators, were also up, some even more strongly. CEO Confidence for the quarter increased by 10%; Consumer Confidence was up 12.2%. The Board’s most recent Leading Economic Index was up 2.8% in May. June’s results are due to be released July 23.