Where Do Managers Fit In An Agile Workplace? 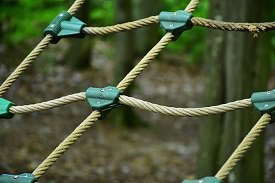 Workplace agility, once mostly just discussed in articles in business journals, is becoming a reality in all kinds of industries. While just 4% of respondents to a McKinsey survey this year said their companies have completely transformed, 37% reported being in the midst of becoming more agile.

In an agile workplace the bureaucracy is flattened, decisions are made more quickly in response to customer demands and market opportunities. Employees assemble into small, interdisciplinary teams that have great autonomy to achieve specific outcomes.

On paper, that all sounds exciting and totally sensible. But it raises a question that became the subject of one of the most widely read articles of the McKinsey Quarterly this year, namely: Who manages in an agile organization? And what exactly does an agile manager do?

Whether your company is contemplating changing all or, as is often more the case, parts of the operation to an agile workplace, or has yet to give the idea any thought, the article is a worthwhile read. And not just if you're a manager. The author, Aaron De Smet, explains how an agile workplace is structured, how it functions and is managed.

He also deciphers the bewildering language of agility: A "squad" is a small team of individuals who come together for a specific mission. Each member of a squad have two reporting lines, which does not mean they report to two different bosses. Instead, workers are part of a "chapter." These chapters are akin to a traditional company's functional groups; web developers or research are the two examples De Smet provides.

Additionally, workers are also part of a "tribe." Tribes, says De Smet, "are similar to business units or product lines in traditional organizations." They borrow -- "rent" is the word De Smet uses -- talent from the chapters as needed, creating the squads required to accomplish specific tasks.

With this type of structure, the role of a middle manager can be confusing, even unclear for someone coming from a traditional, hierarchical organization. More confusing still is that one manager can be a chapter leader and still occasionally join a squad that needs his or her particular skills.

De Smet describes how all this works, and the shifting roles of managers. He uncomplicates the concept, making sense of the structure and bringing clarity to what may seem a particularly novel concept, but which is actually built on decades of experimenting with autonomous and self-managed teams by manufacturing firms in particular and refined by the computer and tech industry.

Much of the success of an agile workplace depends on its leaders. With effective managers, De Smet says, "The benefits of size and scale typically realized in large organizations, as well as the benefits of speed and nimbleness often associated with small entrepreneurial start-ups."