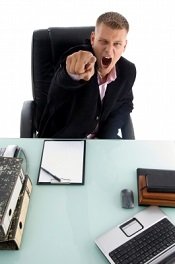 Getting helpful feedback at work has always been a challenge. You hear from the boss immediately if you screw up. Otherwise, the annual performance review might be the first time you learn what you do well and what needs improving.

Even then, it's a challenge for boss and subordinate, since most of us want to emphasize the positive. To combat the perfunctory nature of the annual performance evaluation the trend is to eliminate it in favor of giving regular feedback, positive as well as the negative. That's a fine idea, assuming it actually happens and more than half the workers in a survey said it doesn't.

Which brings us to a school of thought that feedback should be clear, direct, candid, and come not just from supervisors, but team members and colleagues. This particular trend, not much more than a ripple at this stage, is getting some outsized attention, and not of all of it is positive.

Known variously as "mokita," or "radical candor," or the less delicate "front-stabbing," the idea is to bluntly confront a problem by presenting an unvarnished critique. Often enough, the exercise can be confrontational, and more often still, can leave bruised egos, or worse, it its wake.

At one hedge fund, its founder issued a 123 page statement entitled "Principles." Among them is this: "Don't depersonalize mistakes." He offered this example of what that means: "A common error is to say, 'We didn’t handle this well' rather than 'Harry didn’t handle this well.' This occurs when people are uncomfortable connecting specific mistakes to specific people because of ego sensitivities."

The CEO of a New York ad agency that practices front-stabbing told The Wall Street Journal, “You have to have a thick skin to work here.”

Is this kind of feedback really helpful? Former Googler and now a corporate coach, Kim Scott swears that it is. Her own ah-ha moment came when her boss, Sheryl Sandberg, now COO of Facebook, counseled her about her presentation skills. "When you say um every third word, it makes you sound stupid," Sandberg told her.

So committed to the value of candid feedback that Scott is writing a book on the subject, she does caution that it's received best when the recipient knows that the person giving the feedback personally cares about them.

The darker side of the practice was recently detailed by Peter Cappelli, a professor at the Wharton School and director of its Center for Human Resources.

"One of the things we know about human reactions is that we focus disproportionately on negative feedback," he wrote recently. "The idea that you should be able to tell people the unvarnished truth about the performance, the good and the bad, and they will take away an unvarnished assessment of that conversation and see the good as well as the bad, is a myth. They will take it very hard."

Objectively, one of the biggest problems with radical candor's commitment to "calling someone out" is what Cappelli says is the "problem of attribution bias."

"It is easiest to blame the person closest to them rather than the circumstances and systems that are producing the problem," writes Cappelli. "Calling Bob out about performance in his job when Bob is not the reason doesn't do any good for anyone."

The better alternative, is to improve the training of supervisors to provide the right kind of feedback in a way that will motivate and inspire. "It is the job of supervisors who know the situation and the circumstances, not peers and bystanders."
Tags: performancereview
Posted in HR & Management Tips, General Interest | No Comments