Think Twice Before Turning Down a Banking Job 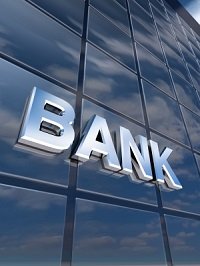 If you're eager for a job in finance, now might not be the time to be picky.

Despite what you've heard about this being a job hunter's market (true enough), the banking industry may soon be tightening its hiring. eFinancialCareers editor Sarah Butcher advises, " Next time you receive an offer for a new banking job, even if it's not exactly the sort of thing you had in mind, you should probably accept."

That may be a bit alarmist, but there is good reason to be cautious, at least when talking with banks headquartered overseas.

UBS, one of the largest financial institutions, has already made a few dozen job cuts as it begins a restructuring in which CEO Sergio Ermotti told Bloomberg, "Nothing is really untouchable.”

At HSBC, another large global financial firm, interim CEO Noel Quinn said "decisive action" was being planned to reduce expenses. There are no specifics. The plan is expected to be announced in January when the bank releases its full year financial results for 2019. But Quinn did say, "It’s fair to say that taking capital out of the region will take revenue out and if we take revenue out we will need to take out the cost base that supported that revenue." That translates into job cuts.

Other banks may not be ready to take action yet, although the mixed third quarter results in the sector is likely to prompt many of them to consider belt-tightening. "The danger," Butcher warns, "Is that banks will goad each other into making ever-bolder changes and ever-greater job cuts in the race to cut costs and reinvest in 'automation.'"