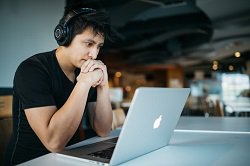 If you’re an IT professional and want to double that raise you got (who doesn’t?) learn a new skill or earn a certification.

That’s what Global Knowledge discovered when it surveyed tech workers around the world. The training firm won’t release its 2020 IT Skills and Salary Report until later this summer, but it gave everyone a preview of some of the key findings. Among them is the financial impact of training.

Global Knowledge found the average raise for tech professionals this year is right around 6%, which translates to a bump of just about $5,000. But those who learned a new skill earned nearly $12,000 more and those who obtained a new certification got almost $13,000 more.

“The reason for a raise impacts the amount of the raise,” says Global Knowledge. “Twelve percent of individuals who received a raise attribute it to developing new skills that were of added value. Those same individuals earned nearly $12,000 more this year compared to 2019.

“IT professionals who attribute their raise to obtaining a new certification experienced a salary bump of nearly $13,000.”

The reason for the difference is simple: The more skills a person has, the more productive they can be and thus more valuable. This is especially significant in tech where, as Global Knowledge says, two-thirds of IT decision-makers believe the lack of necessary skills – the skills gap – is costing between 3 and 9 hours of productivity a week.

That explains why this year Global Knowledge found a 36% jump in managers approving IT training. When training is available, 80% of managers are now giving workers the OK. On the other hand, 20% are still saying “No” to training.

According to Global Knowledge those 1-in-5 managers worry that taking time to train will negatively impact work and cause a loss of productivity. But, as the company’s report preview points out, that dip will be short-term, while not having people with all the right skills is a long-term impact.

Trying to fill the skills gap by hiring talent is so difficult that 69% of IT managers have multiple open positions. Nearly all have at least one opening.