Lawyers, Scientists: The Loneliest of the Professionals 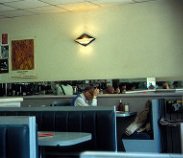 Lawyers and STEM professionals may be good earners, but they are the most at risk of feeling lonely.

A study of 1,624 workers of a broad cross-section of occupations found lawyers, engineers and scientists were the loneliest, a finding that matches up with other studies of depression. The Centers for Disease Control and Prevention ranked these professions among those with the highest rates of suicide. (Farming, fishing and forestry workers had the highest rates.)

The most recent survey, published in the Harvard Business Review, found geography, job tenure, gender and race and ethnicity had little effect on whether a worker was prone to loneliness. The type of work a person did was most closely linked to the likelihood the person was lonely. Lawyers, like scientists and some types of engineers, tend to limited social interaction, often working long hours in isolation. At the other end of the spectrum were people working in sales, marketing and social worker. They were among the most "unlonely" workers, a result of their high degree of social interaction.

Just because you're an engineer or a lawyer doesn't mean you are lonely. The researchers found, "The more people you have around in your private life, we found, the better for keeping loneliness at bay." Those with families and those in a close relationship reported being less lonely, regardless of occupation.

Broadly, though, the survey found those with professional degrees -- law, medicine -- were much more likely to be lonely that those with bachelor's degrees or PhDs.

The impact on employers, and the workers themselves, is significant. "Lonelier workers perform more poorly, quit more often, and feel less satisfied with their jobs — costing employers upwards of £2.5 billion ($3.5 billion U.S.) in the United Kingdom alone," write the researchers. To address the problem there, the UK appointed a Minister of Loneliness.

What's encouraging about the study is that workplace social support can make a big difference. "Our study suggests that the single most impactful leadership behavior you can undertake to counteract loneliness is to create opportunities for building shared meaning with colleagues.
Understand what makes their work meaningful to them, and then connect that to what makes it meaningful for you