Investment banks are having a strong year.

After taking belt-tightening steps last year and announcing cost reduction plans this year, the coronavirus pandemic and subsequent business shutdowns worried the industry that more draconian action might be coming. 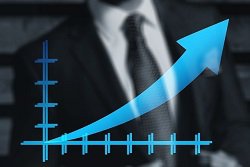 That prospect now is much less likely. Most investment banks had a strong 1st quarter and are on track for an equally good Q2.

Reporting on positive financial news from three of the largest global banks, eFinancialCareers predicted that as long as conditions continue to improve “banks may indeed put their heads above the parapet and start tentatively implementing hiring plans later this summer.”

Jamie Dimon, chairman and CEO of JP Morgan Chase said the firm’s Q2 trading returns are as strong as they were in the first quarter when they were up 32% over Q1 last year.

The eFinancialCareers report also said Deutsche Bank’s CEO Christian Sewing said sales and trading revenues were continuing to show the same strength in April and May as in Q1 when they were up 13%.

Goldman Sachs, which saw its Q1 net earnings up 89%, said it was meeting the expectations set out in January and had no plans to do more belt-tightening than it originally announced.

“Despite everything,” said eFinancialCareers, “ 2020 is turning out to be an OK year for investment banks.”

Image by Gerd Altmann from Pixabay