The Importance of Confidence for Women Healthcare Leaders

Women may hold three-quarters of all healthcare jobs, yet only 37% of the executives at the nation’s largest hospitals are female. The percentage is smaller still at Fortune 500 healthcare companies where less than a quarter of executive jobs are held by women.

What can women who aspire to healthcare leadership do to change that?

Act with confidence, says Dr. Joanne Conroy CEO and president of Dartmouth-Hitchcock Health and founder of Women of Impact — Healthcare. 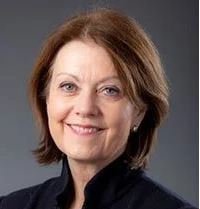 In a podcast discussion, Conroy described the importance of communication – confident communication -- in reaching the top tiers of healthcare administration.

“When women present an idea, a concept, or something in kind of a strategy session, they often weaken their points by using qualifiers by saying, ‘I’ve been thinking about this,’ or, ‘Would you think about it?’ instead of giving their opinion with confidence,” Conroy says.

Part of the reason for that approach, she says, is cultural. Women are brought up to emphasize relationships more than self. “They make things happen by being flexible,” Conroy says, adding there's a time to be flexible and “a time to be firm and confident.”

There’s also a sort of tentativeness in how women present that arises from a lack of confidence in their own ideas. “When sometimes they don’t get credit for their ideas,” says Conroy, it’s “because they don’t present them in a way that makes people stop and say, ‘Wow that was a great idea.’”

Conroy recalled counseling women considering a step up, but hesitated to apply because they felt they weren’t completely prepared. “If there are 10 job requirements, [but] if they have nine of them, they’ll say, ‘Well, I’m not ready.’ But there are many men that have two of them and say, ‘That job is for me!’”

Her advice is to observe the women around them to learn from those who are good communicators. Use the power of silence, she says. “I do observe women that are making a pitch and use 100 words when they should use 25,” she explains. “There’s nothing more powerful than a very direct, simple opinion [or a] request followed by silence.”

In the end, she says, “It’s all about confidence… [be] confident, articulate, and memorable.”