How to Recognize Emotional Intelligence 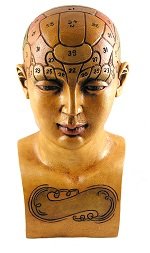 Employees with strong emotional intelligence tend to be more successful and make better leaders, which is why smart companies make an effort to seek them out when hiring.

Since the term was first coined in 1964, emotional intelligence -- or EQ, as it is often shorthanded -- has become the subject of numerous papers and books, especially the 1995 bestselling Emotional Intelligence: Why It Can Matter More Than IQ.

Adele Lynn, author of The EQ Interview: Finding Employees with High Emotional Intelligence, claims EQ "accounts for anywhere from 24% to 69% of performance success.” Though there's considerable debate about the role of EQ, versus general smarts and personality, many companies look to fill their leadership pipeline with high EQ hires.

However, identifying these candidates can be difficult. Writing for The Wall Street Journal, Tom Gimbel offers "five telltale signs of EQ to look for during an interview":

Says Gimbel, "By focusing on emotional intelligence during the interview, the hire you’re contemplating has the potential to impact not only his or her position in your company, but they can make those around them more effective and more fulfilled in their jobs."
Tags: leadership
Posted in HR & Management Tips, General Interest | No Comments