How Apple Is Changing Clinical Research 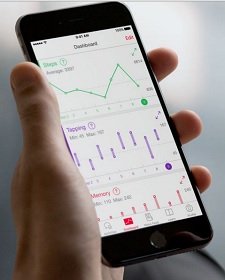 Anyone with even a passing familiarity with clinical studies or trials will appreciate the understatement in Ashley's comment. Enrolling mere hundreds in even a simple research study is challenging enough. Finding, monitoring and managing subjects in a drug trial is an enormous undertaking that is becoming more difficult every year.

That's why researchers and clinical managers have been quick to embrace Apple's ResearchKit. Not a kit in the way we usually think about the word, but a software development framework that leverages the power of smartphones to collect data for medical research.

In the year since Apple first released ResearchKit, dozens of applications have been built to collect data for all types of studies including concussions, melanoma, breast cancer, and sleep health. Because most of us have our phones on or near us nearly all the time, more data can be collected more frequently, even automatically, giving researchers valuable information in "field" or "real world" conditions.

Developed first for Apple's iPhone and tablets, and with a version for Android phones now available, ResearchKit allows developers to build apps that make use of such phone sensors as GPS, the gyroscope/accelerometer and camera.

For Dr. Ashley's cardiovascular study, the app tracks each participant's physical activity. They also answer questions sent them via the app and can enter additional data, such as the results of blood tests. With more than 40,000 participants now using MyHeart Counts, the data is now extensive enough to allow analysis of various sub-groups.

On the heels of the acceptance of ResearchKit, Apple has since launched CareKit. It, too, is an open-source development platform to build apps for individuals to help them manage their medical conditions. Several already are in development.

As more and more consumers become aware of the opportunities to easily participate in studies, researchers anticipate a trove of new data leading to individualized treatments and health regimens. The surge now in fitness and related wearables holds the prospect of even more detailed information by monitoring participants 24-hours a day as they go about their daily activities.

“At the individual level we just haven't had any data like this at all,” one researcher told the journal, Nature. “It's simply not possible to detect it until you have mobile devices. It's totally different from the way we've dealt with health and medicine in the past.”