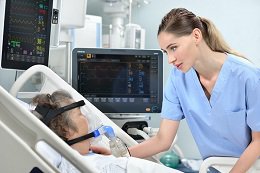 Of all the frontline healthcare workers, emergency nurses are first in the line.

These registered nurses staff a hospital’s emergency room, making life and death decisions on the spot. They triage patients who walk in, are wheeled in, and sometimes carried in determining the urgency of their condition and their treatment priority.

In life-threatening situations, they’ll jump into action without delay - starting CPR to restart a heart or delivering blood products for a trauma victim at risk of bleeding out. In times of a major disaster, emergency nurses will be among the first responders.

It's all in a day’s work for an ER nurse.

This year, that typical day has been turned upside down, as emergency rooms across the nation became flooded with the COVID-19 sick and those who think that’s what they have.

Before the seriousness of the illness was realized, before much was known about how it spreads, when basic protective equipment such as masks and shields ran out, ER nurses were on the job, risking their health and, sadly for some, their lives.

To recognize emergency room nurses for the heroic work they do, the nation sets aside the second Wednesday of October as National Emergency Nurses Day. The week is proclaimed as Emergency Nurses Week. 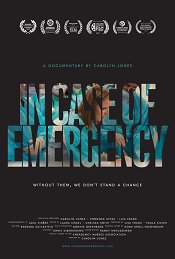 Nightingale and the most difficult and challenging year for healthcare professionals everywhere, a documentary about the work of emergency nurses makes its debut. In Case of Emergency follows 16 emergency nurses from across the country showing what their life is like.

Join with us at Green Key Resources and with all Americans in saying thank you to emergency nurses everywhere.