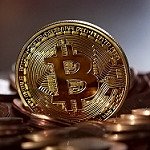 There's a new question tax accountants will be asking their more aggressive investors this season: "Did you transact any cryptocurrency last year?"

With blockchain the underlying technology, cryptocurrency transactions occur outside the banking network and its mandatory financial reporting requirements. Plus with a little effort, these transactions can be anonymous, making it doubly difficult for the IRS to track.

That makes it tempting for traders in these currencies to avoid paying taxes on any gains. And those gains can be nothing short of stupendous. Bitcoin, the best known of the crytocurrencies, opened 2017 at $988. It ended the year at $13,801. (It reached a stunningly high $19,195 just two weeks before, which tells you all you need to know about the volatility of cryptocurrencies.) Bitcoin is just one of the many cryptocurrencies, most of which have seen similar runups. Over the last 12 months, Ripple is up almost 12,000%. (It was up 55,800% in early January, ) NEM is up 8,260%.

A Marketwatch article on the tax consequences for those who cashed in their gains last year says the IRS believes only a fraction of those trading on one of the cryptocurrency exchanges reported their gains or losses. The IRS sued Coinbase to get the information and won. Now the exchange must report all transactions of $20,000 or more.

Still, as the Marketwatch article details, there's a considerable number of traders discussing how to avoid taxes on the 500,000 member Reddit cryptocurrency forum.One member offered this bit of advice: “Use a vpn, buy btc on localbitcoins.com Sell on the same website & don’t tell your accountant.”

Which brings us to the question about cryptocurrency trades tax accountants need to ask. You may not get an honest answer, but be sure to ask and be sure to make a notation of that. You can bet with one court win under its belt, and the cryptocurrency market cap into the trillions, the IRS will be looking for its share.