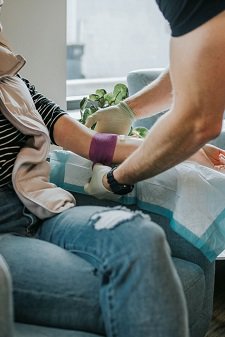 Among the frontline workers of the COVID pandemic none have been more lauded than nurses. They’ve been applauded by thousands of grateful apartment dwellers, letters of thanks hang by the hundreds in break rooms and they've been treated to more pizzas than a victorious high school football team.

Less noticed by most of us, however, is how COVID-19 is changing the profession. Most notably for RNs and LPNs has been the relaxation of state licensing rules, enabling nurses in one state to more easily practice in another.

States that are part of the Enhanced Nursing Licensure Compact (which replaced the original compact in mid-2017) already allowed inter-state practice. But two of the largest states – California and New York – are not part of the compact. Neither are 13 other states and territories, according to Nurse.org.

Yet as the seriousness of the outbreak became apparent every state, territory and the District of Columbia declared an emergency so nurses licensed elsewhere could practice anywhere. Now, as the crisis is easing, non-compact states are rethinking their position about joining.

The pandemic’s most profound impact may be on nursing education. Most states permitted students to take on certain nursing duties without being licensed. Many alsowaived their hands-on clinical requirements allowing schools to substitute telework and simulations so their students would remain safe and still graduate.

In an interview with Health Leaders, Betty Nelson, dean of the School of Nursing & Health Sciences at Capella University, said COVID’s “most prominent challenge is our ability to provide learning experiences in clinical settings.”

She noted that while nursing programs nationwide have “maximized the use of high-fidelity simulations and virtual experiences,” Nelson says, they are not a complete replacement for human patient interaction. "The threshold can be raised higher, but hands-on patient care experience is necessary.”

With the risk of contagion still high and clinical opportunities in short supply even before the pandemic, nursing programs have yet to resolve the balance. Boards of nursing across the country have taken steps to help, allowing simulated clinical experience to account for more than the usual 50% of their training. Maryland, for example, said it would accept simulations “in place of students going to clinical sites.”

Most of these waivers and substitutions were announced early in the pandemic. As of the most recent update from the National Council of State Boards of Nursing most are still in effect and likely to remain so for the time being.

These changes, though temporary now, may lead to permanent changes in nursing standards, suggests Nelson.