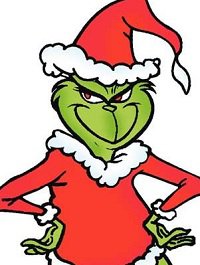 It appears the Grinch is stealing more than Christmas.

More than anything, employees want a holiday bonus. Alas, only a little over half of them may get one, and for those that do, it will most likely be less than $500.

A survey conducted by Research Now SSI found the number one holiday perk, favored by 41% of the 1,000 respondents, was a holiday bonus. Yet, 46% said their company doesn't give holiday bonuses or other money gifts. That doesn't mean the other 54% do get one. The survey found only 26% were sure of a bonus.

A holiday party, extra time off or a company provided holiday meal are some of the perks employees will get. But the percentages of companies offering them are mostly under 30%. In fact, the survey found 52% of workers describing the holidays as "business as usual."