Americans see nurses as dedicated, caring professionals who risk their health because they care about the public welfare. 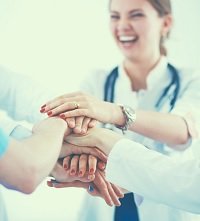 Doctors, whose favorable rating is rising, are seen by a majority of the public as interested in making money as much as working for the public good.

The most recent survey from the Kaiser Family Foundation found 60% of Americans says nurses are, “Mostly interested in working for the good of the public.” Just over a third – 35% -- say they are equally interested in the public good and marking money.

Drew Altman, president and CEO of the foundation, says the pandemic is changing the public perception of doctors. (The public was not asked its opinion of nurses in the 2005 survey.)

“The many knowledgeable physician-scientists on national and local TV every day talking about the pandemic may also be enhancing the image of doctors with the public,” Altman writes.

The image of all medical workers has been burnished by video of workers heading into hospitals and nursing homes to care for the seriously ill despite the risks. Reports of nurses and doctors working long hours sometimes without all the proper protective equipment prompted an outpouring of public support, demonstrated by applause and signs and food deliveries for all healthcare workers.

On the other hand, the perception of insurance and drug companies hasn’t changed since 2005. Three-quarters of the public see both industries as mostly interested in making a profit.

Altman says that the appreciation and goodwill medical professionals are receiving is helping morale and might just “get young people more interested in specialties that aren’t usually the most lucrative.”